About 20km east of Whitehorse, Yukon, the Alaska Highway juts south. It’s a beautiful, wild drive with swaths of boreal forest, lakes as far as the eye can see, grizzlies and moose wandering onto the highway if you get lucky enough. One feels immediately at peace as they enter a picturesque lakeshore community only an hour’s drive from the big city streets of Whitehorse. It’s the First Nations village of Carcross.

Carcross/Tagish First Nations (C/TFN) legend has it that this land is where “Game Mother” became pregnant all the animals of the world.  She stretched a sinew net over four mountains covering the valley. After giving birth, she released the animals into this skin, and instructed them to journey to different parts of the earth. The bear went one way, the caribou and wolf went the other. This area still holds a remarkable significance that speaks to interconnectedness of the wild and its species. The crown jewel of the town, a volcanic massif that sits at the forefront, is called Montana Mountain.

In 2005, the C/TFN signed a land claim agreement with both the Yukon provincial and Canadian federal governments that sought to return First Nations’ autonomy over its lands, resources, and people.  With these new governing rights, the tribe had to decide how the lands should be used and how best to sustain the local economy. “Adventure tourism” seemed like a viable option, and a year later, a program called “Singletrack to Success” (S2S) was conceived.

S2S aimed to build a world-class mountain biking destination, one trail at a time, on this sacred site of the C/TFN. In doing so, it would provide the local youth with summer jobs.  Ever since the program was launched, local youth were directly involved in the alchemy of building this ever-expanding mountain biking scene. Carcross has certainly emerged as a destination, with thousands of mountain biking visitors a year, and media accolades that have spread to an international level. With over 60 kilometers of trails, it’s a beautiful balance of that perfectly loamy dirt that dries quickly after a rain, and trails that vary from hypnotic, downhill flow, to technical slab riding reminiscent of trails found in Squamish. There’s an element of rawness to the construction that I thoroughly appreciated, with extensive wood features perched above the boulder gardens that distinguish the terrain.

After riding “Wolverine” my first day in Carcross, I was pining to meet some of the trail builders, curious about the current viability of S2S. By either coincidence or fate, I literally almost rode over them on a trail the next day. I was thrilled to make plans to spend the next day with them on the job .

Dom, Keegan, Landis, and Riley, this summer’s trail crew, lace up their boots every morning, rain or shine, with Pulaskis, shovels, and axes in hands. Riley, 15 years old, is serving his first year on trail crew and tells me, “It’s really, really hard work. But I’m learning so much, and having a lot of fun too.” He speaks fondly of his trail crew manager, Dominic Smith-Johns (Dom), a 20-year-old who has been involved with S2S for six years. Dom gently guides his crew through willow brush, instructing precisely on where to trim so that branches won’t hang over the trail and hit a biker on the head. “Chance the Rapper” beats emanate from a nearby Bluetooth speaker, laughter and stories of future aspirations arise, questions spark regarding wood splitting technique. It’s a dream world for a bunch of teenage guys. After spending a few hours with them, it’s evident that there’s more growth taking place here than just in the form of trail building.

After a hard day of swinging Pulaskis, the boys are still keen for a bike ride. They’re the local celebrities; pedaling to the trailhead, a couple asks for a photo made with them; a few minutes later, several high fives extend from other bikers.  It’s heartwarming to see, and the boys light up with pride with each compliment. Dom blushes when I inquire. “It’s kind of intense sometimes, but I guess it’s pretty cool for our work to get acknowledged.”

The crew thins out as we ride. Eventually, it’s just following, or trying to follow, this boundlessly energized Dom as he urges me to “float more like a butterfly!”. He navigates higher and higher. He zigs one way, zags the other.  This guy is an impressive, free-riding virtuoso.  Furthermore, he’s wise beyond his years. He expresses himself with thoughtful, long pauses for reflection. What’s in his heart comes out his mouth, quietly, but with intention. Dom exudes the qualities of a natural leader, and it’s transparent just how sincere his love is for this land.

He stops riding at various times to pick up a small piece of plastic left behind, or a granola bar wrapper. Things that most riders would probably pedal on past. He halts at other times to remark about a specific section of trail. We descend berms, and he states, “We should really create more of a sightline there,” or he repositions small boulders in places, inspects boards on the skinnies. He persistently pays attention to the details, always looking for ways to improve.

We finish the day whizzing through a verdant forest with earth so spongey, it seems like it was destined to be mountain bike terrain. Dom stops abruptly, and I follow suit—

“So. This is a spot that’s gotten in my head before,” he says. “I’ve gone over the handlebars here.” He continues, “Just gotta remember to stay calm. There’s a lot going on inside my head, but on the outside, I stay calm. I have to.”

I shimmy over to the edge, take a long look, and determine it’s not something I’ll attempt today, or ever for that matter. “Dom, are you sure?” I ask, a bit concerned.

He sighs an elongated breath, one that calms both of us. “Yeah, I got this.”

And with flawless finesse, he zips, he sends, and he lands. Absolutely perfect.

Carcross S2S reveals the success that can occur when youth are given an opportunity to reconnect with their land, and acquire the good old fashioned hard work and life skills that hopefully will follow them into adulthood. The teens I met pave the way for strong leadership in the community and sustainable indigenous tourism. With the success of Montana Mountain, Carcross has also been able to develop a retail market for tourists and locals to purchase bike gear or fix bikes. This has allowed local CTFN to open stores and benefit from the tourism indirectly. Check out Destination Carcross to learn more about Montana Mountain trails, or purchase a Friends of Montana Mountain pass that helps pay the wages of the youth building and maintaining the trails. 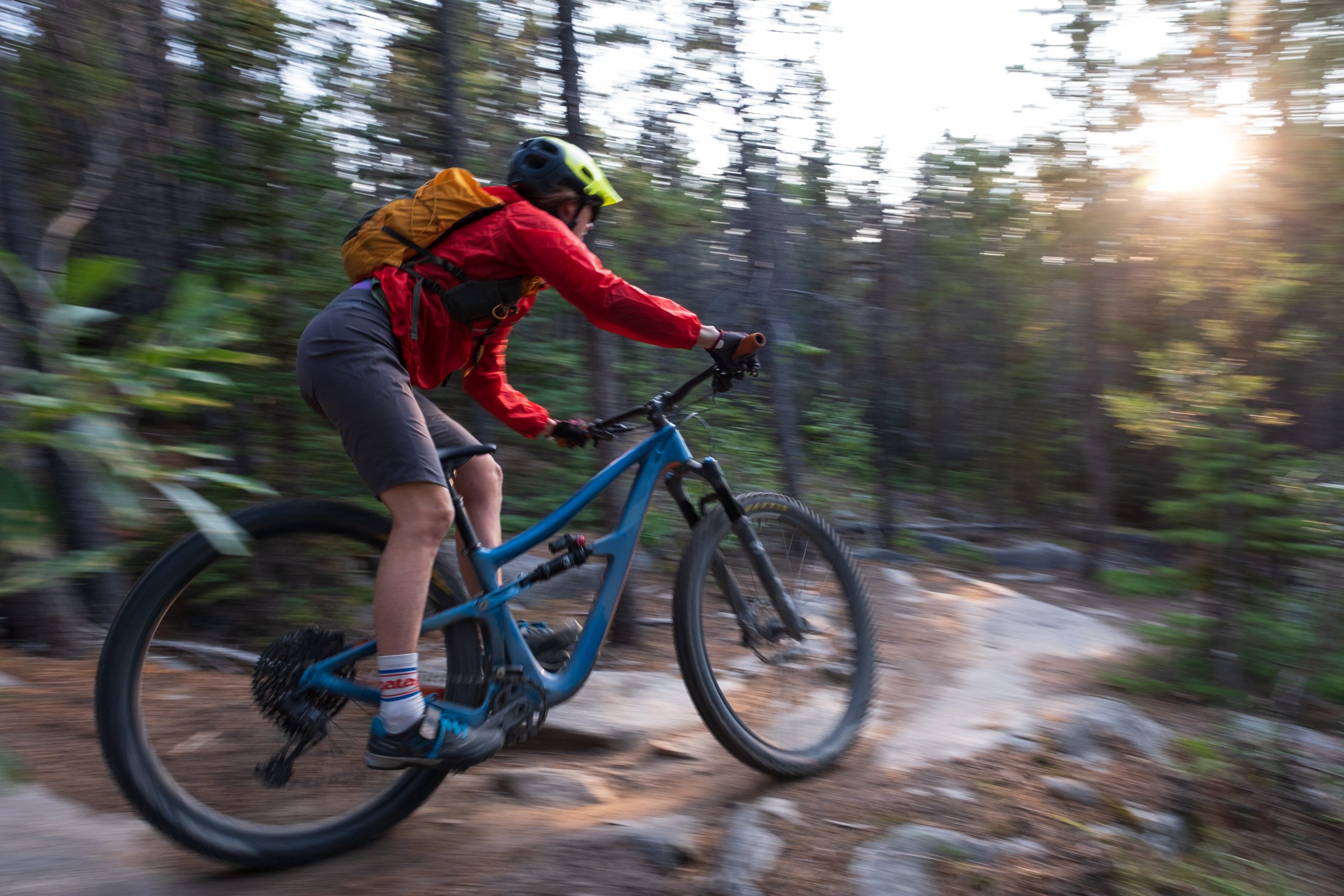 0 Thoughts on It’s All in the Pulaski: Indigenous Youth are Transforming Mountain Biking in the Yukon and Getting Back to their Roots