This is terrible weather for taking pictures! Right?

I can’t shoot because its all cloudy and dark or raining and snowing.  In the same way that the average person thinks a bright sunny day is perfect for photography the average photographer thinks that bad weather equals bad images.

Well if that were true Steve McCurry’s book “Monsoon” probably would have never been made.  Not only can severe weather add drama to an image the diffused light of an overcast day is some of the best light you could ever ask for.  A cloudy sky is equivalent to a giant soft box and you don’t have to worry about the contrast between the highlights and shadows nearly as much.  For example if the image below of the jungle covered Kaituna river in New Zealand had been shot on a sunny day there would have been dark shadows and/or blown out highlights therefore sucking and would have never been used by Outside magazine. 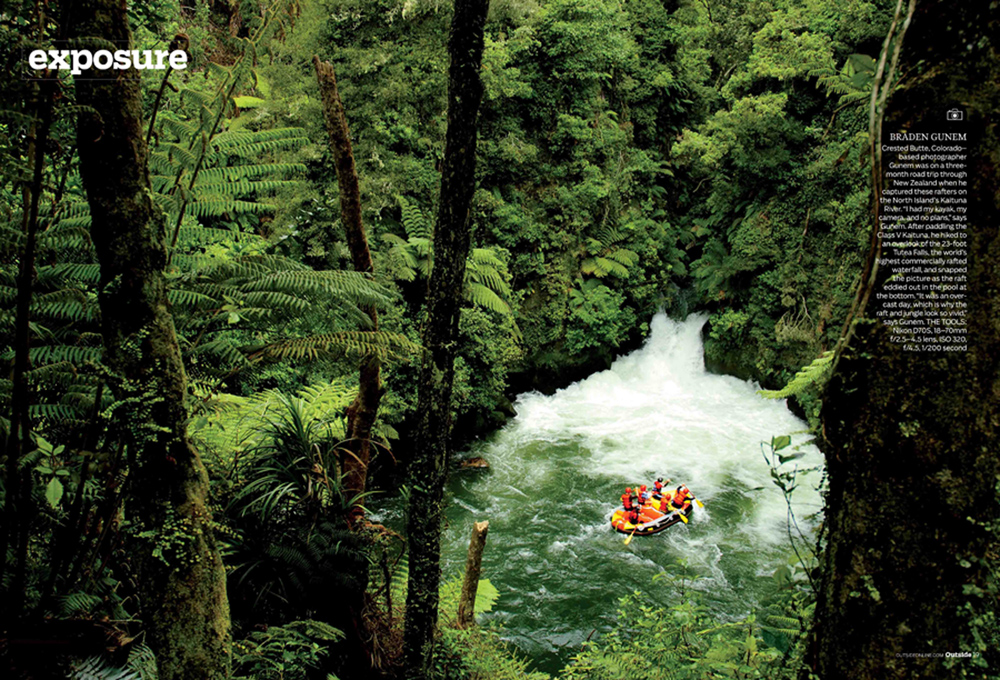 Just think photographically about the Swedish proverb “There is no such thing as bad weather just bad clothing.”